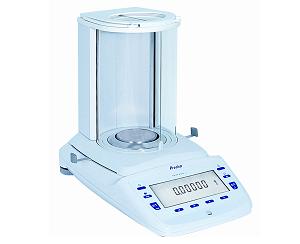 With the 360 ES series balances, Precisa is setting new standards: innovative, high-tech instrumentation which includes the latest technical developments, unique performance features, best user-interface and the most modern design to establish the 360 ES series as the very bench-mark for modern laboratory technology.

The 360 ES series owes its extremely high reliability and durability to the well-known competence of Precisa’s engineering and development. The weighing cell is of the highest mechanical quality, operates extremely precisely.

The structured access to the balance menu and the clearly presented, easy to read backlit LCD offer simplicity of operation.

Precisa’s new 360 ES series has standard an USB device interface to communicate with a computer as well as an RS232 interface for the connection of computers and printers.